Connecting an electric guitar to a computer is easy, but it does require a special piece of hardware called an audio interface.

How to set up an audio interface with Tonelib GFX

Prior to setting up, please refer to the manufacturer’s website of your audio interface. Some outdated interfaces don’t have the latest driver to run on newer operating systems such as OS X 10.14 or Windows 10. Please make sure they have the driver for your operating system.

Tonelib GFX can be used as plugins or standalone software. If you want to use them as standalone applications, please set up your audio device first. 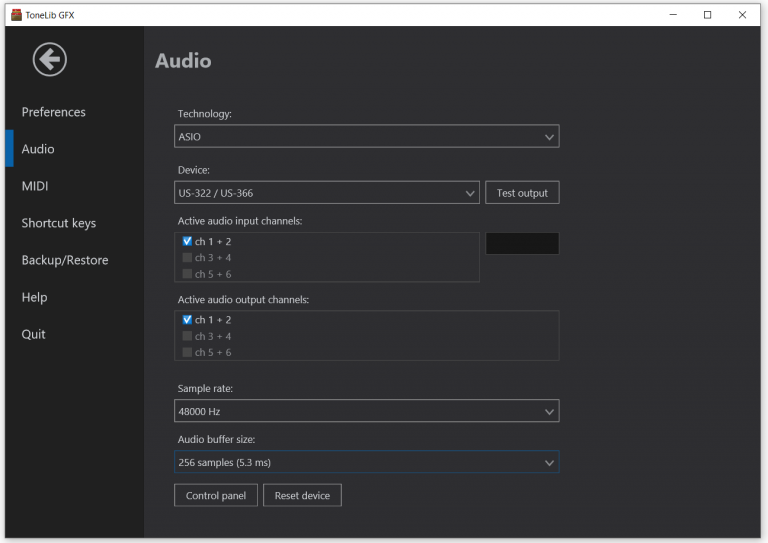 There’s a slight delay called latency that occurs because it takes the audio a number of milliseconds to travel through the interface input, into the computer, back out of the computer and appear at the interface output. During recording, that can be distracting, because you’ll hear your guitar sound coming back a little late, which can totally throw your timing off.

One way to deal with latency is to adjust the audio buffer (also known as “buffer size”) in TL GFX to its lowest value. The buffer controls the amount of time the computer allows for processing and is measured in samples (64, 128, 256, etc.). The lower the buffer, the less latency. The tradeoff is that lower buffer settings put more strain on your computer, and that can result in clicks, pops and diminished audio quality.